You are using an out of date browser. It may not display this or other websites correctly.
You should upgrade or use an alternative browser.

If you're looking to buy a new trailer for your boat beware of Dave's Trailer Sales in Glen Burnie, MD. They sold the previous owner of my boat an aluminum triple axle trailer specifically for my 282 Sailfish just over 2 years ago. I bought the boat and trailer last August and towed it back to the Pacific NW. First thing is thank god it didn't fail during that trip. Last year the trailer towed the boat to the coast and back once. This year it was going to make 2 trips, one North and the last one South.

Last weekend we were bring the boat home from the coast for the winter and the tongue of the trailer gave up completely. We were extremely lucky that I had to stop to make a business call before driving out of reception and after the call I gave everything a quick once over. That's when I noticed what the picture show. At this point we realized we had to find a solution to this issue right away and tow truck was going to have a near impossible connection due to the length of the tongue to get back to solid trailer. We found a shop able to repair this 8.1 miles away and trailered it there extremely slowly with a chase car watching. I removed the spare before taking off to make sure it didn't drag the ground and there was about 8" of clearance to the ground at the bend. By the time we arrived there was only about 3" of clearance. We are lucky to have caught this before the boat just went rogue and killed someone on the road.

Jump ahead a week we have a price for the repair / redesign to ensure the trailer is built strong enough to hold the load it was originally designed for. It's $3700 which granted does include adding bearing buddies. That is to upgrade the tongue to a much stronger galvanized tube and to add a truss forward to the bow stand so all the load isn't transmitted into that single pinpointed location.

I reached out to Dave's Trailer sales to see what anyone would be willing to help with and got a nice load of excuses. At first I was told that this trailer wasn't sold for my boat and it was just the wrong application. Then I reminded them that the prior owner Andy had bought this trailer for this boat specifically when he bought the boat. Then with skipping even a second he responded that "oh yeah, but he didn't have the trailer adjusted for the boat so it doesn't matter". Seems a little odd that you act like he bought it for a different boat and then in the same breath tell me he signed a waiver that you have saying that he accepts all liability because it was never adjusted. Vantage trailers only warranty's for one year and only to the original owner. The only thing I was offered was $100 off the repair cost if I bring it in to Daves Trailer Sales in MD. I understand these guys may be cheap but be prepared to get what you pay for. Cheap equipment and yes I mean "CHEAP not inexpensive". Bad service and a distinct possibility of killing people on the road due to faulty design.

I hope and pray nobody else has these kinds of problems but I'm afraid it will come up so if you already have a Vantage aluminum trailer keep an eye on the tongue. 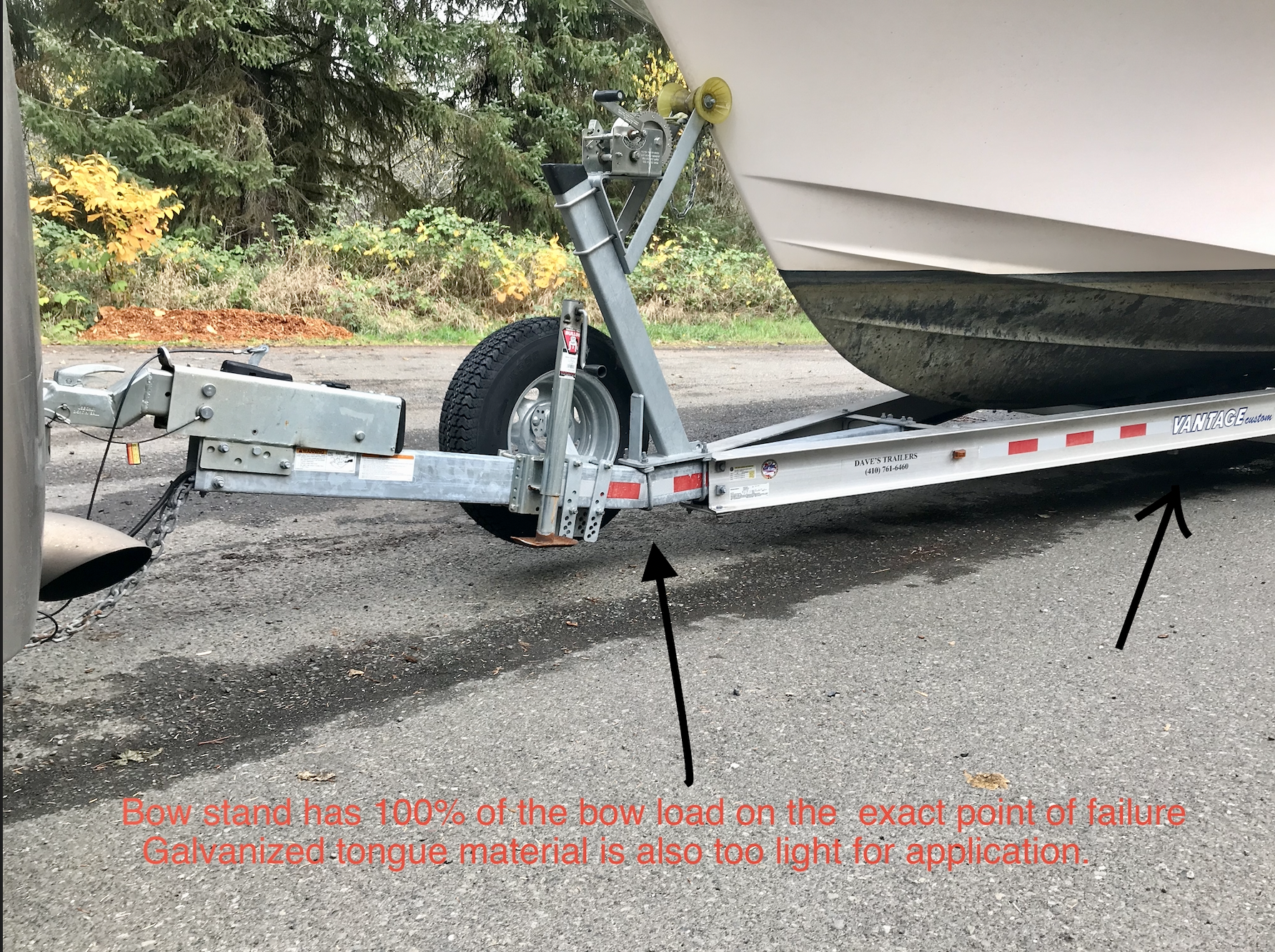 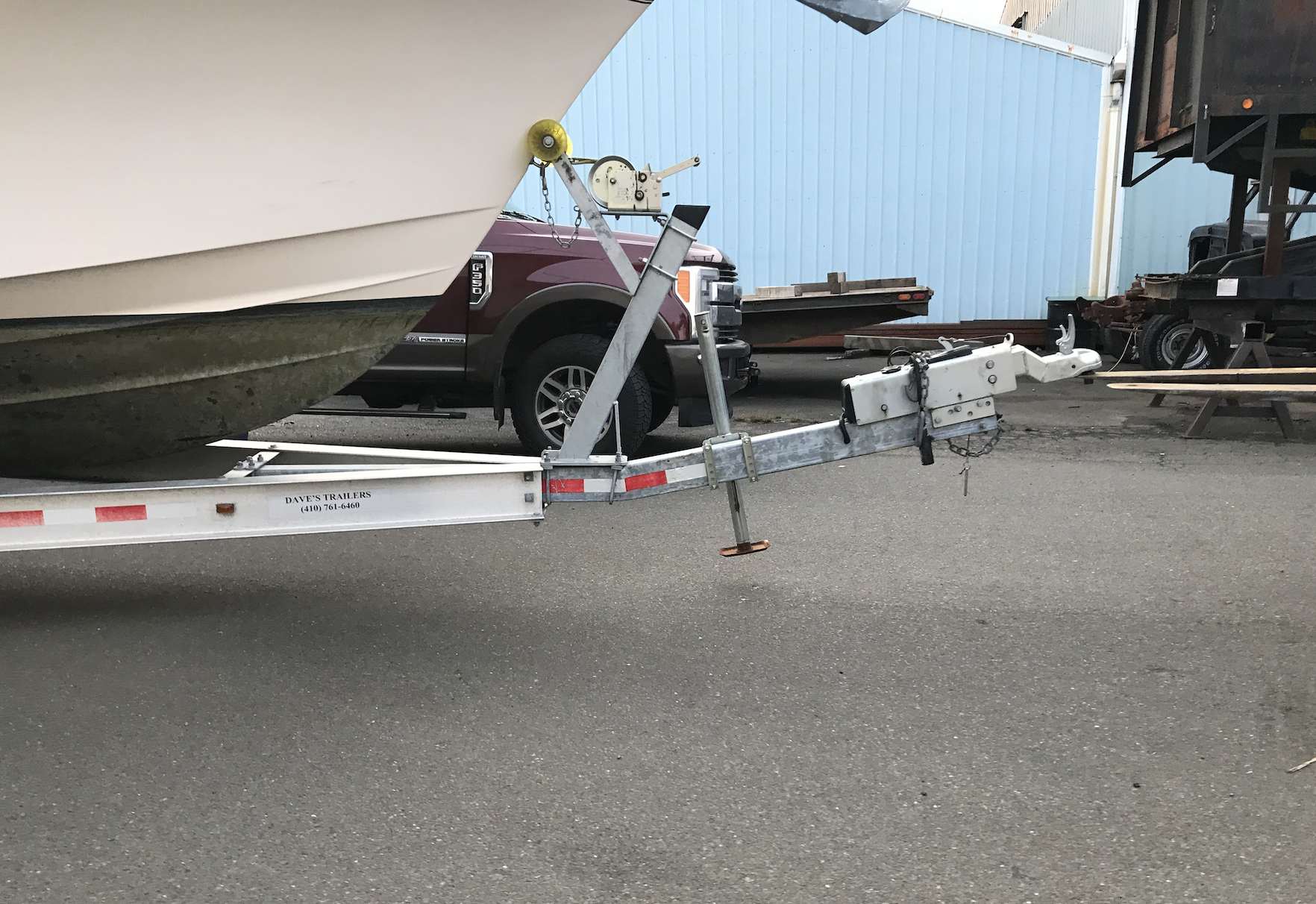 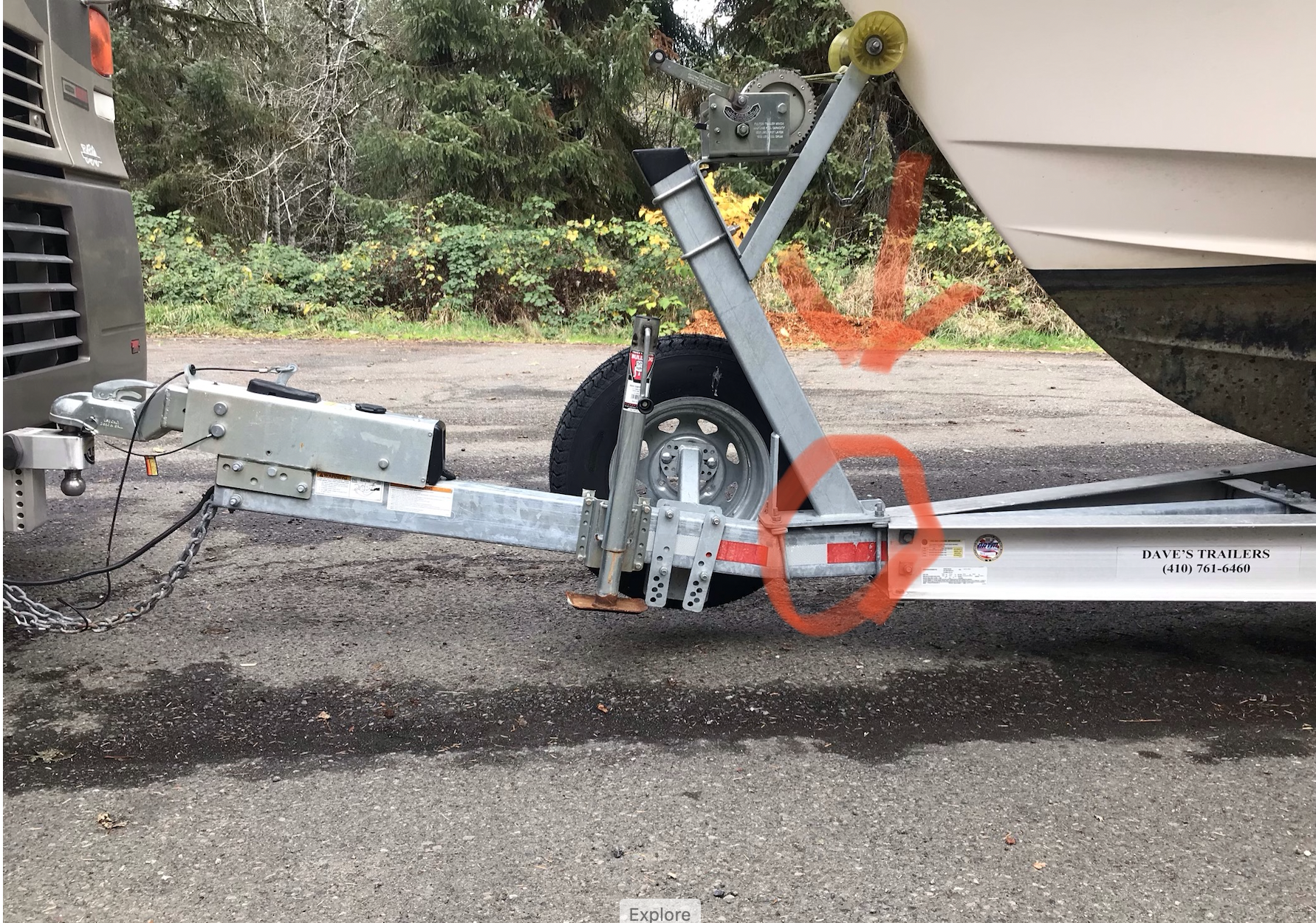 Looks like whoever set the trailer up for the boat has got WAY too much tongue weight. Looks pretty far forward to me also. And, from the looks of it your hitch is set too high. I would love to see a picture of it before the damage hooked up to your rig. My guess is it pitched back on the rear axle quite a bit. Im not sure id be blaming the vendor on this one. My bet is it's on too small of a trailer that was not set up correctly for the boat.

When comparing how my Marlin sits on a trailer vs this one... man that trailer is WAY too short.

Before the damage the boat trailer was level. There's been a lot of bashing me about being way too high which is not able to be told from the damaged photo.
R

I think a 282 Sailfish is about 10,000lb on the trailer - no way that tongue is designed for 1000lb, plus there looks like some load on the bow stand as well - seems to be too delicate a trailer by far?

Any chance this is the 9625lb version (the lightest of the triple axel Vantage models) - if so it would appear to be underweight.

rockpool said:
I think a 282 Sailfish is about 10,000lb on the trailer - no way that tongue is designed for 1000lb, plus there looks like some load on the bow stand as well - seems to be too delicate a trailer by far?

Any chance this is the 9625lb version (the lightest of the triple axel Vantage models) - if so it would appear to be underweight.
Click to expand...

They did confirm it's the 10,625 model according to the VIN. I will follow up with the tongue weight as it sits currently when I have it and let everyone know. I don't think it's too far forward personally because the tongue isn't that heavy. My empty dump trailer has more tongue weight from the factory.

I wonder if it’s best to have the side frame rails carry further up the center beam? The beams all act in bending over their span and make less of a concentrated load? Here is mine. 7500 lb boat (268) , 700lb tongue weight.

There should be no weight on the bow roller - it's for pulling the boat onto the trailer, not for carrying the weight of the boat. All the load should be on the bunks or rollers.

Wondering why we have two different threads of the same topic on the same website but just in different sections? As well as your post on Facebook and other places...?

If you're looking to buy a new trailer for your boat beware of Dave's Trailer Sales in Glen Burnie, MD. They sold the previous owner of my boat an aluminum triple axle trailer specifically for my 282 Sailfish just over 2 years ago. I bought the boat and trailer last August and towed it back to...